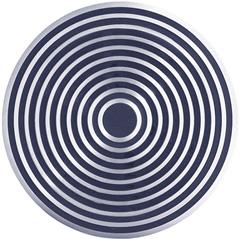 TROX floor diffusers are produced in aluminium (FBA) and plastic (FBK). Their select variety of surface structures and colours makes them an attractive design element for building owners and architects.

The introduction of supply air through false floor systems is ideally carried out at locations in which convection currents are to be supported in occupied zones. Convection or lift currents can be caused by people, machines or electrical devices. Air flow from the floor to the ceiling is becoming increasingly popular in offices equipped with computers and other electronic devices. Local thermal loads are effectively discharged by means of this principle.

Floor diffusers are installed at locations which are not continuously occupied. They can be deployed at distances of as little as 40cm from seating.

Recommend this page by sending a link by mail.

Thank you for your recommendation!

Your recommendation has been sent and should arrive shortly.

We are here for you

Thank you for your message!

We are here for you

Thank you for your message!